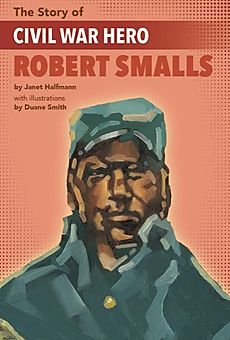 Born into slavery in South Carolina, young Robert Smalls worked his way up to the esteemed position as a wheelman on a wooden steamboat named the Planter that carried supplies for the Confederate army. With patience and ingenuity, he developed a plan to take his family on the boat and make a daring run for freedom. Would it work? 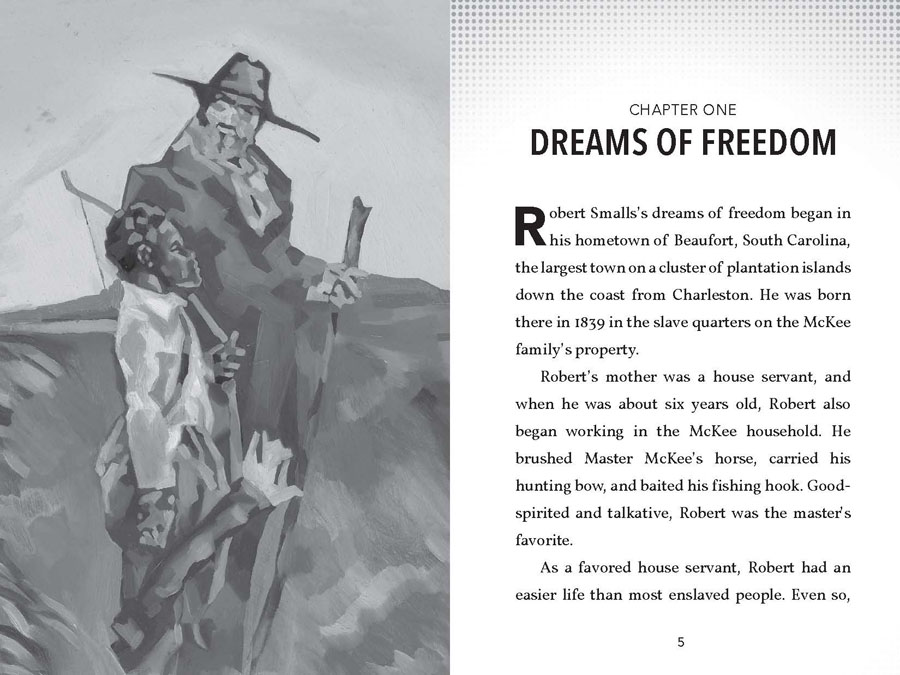 To help flesh out the book, Janet Halfmann delved deeply into the history of the Civil War to give background and context to the story. She added sidebars — like the one on slavery in the selection below –to extend the original story. She also  created a timeline, glossary, and recommended reading list. 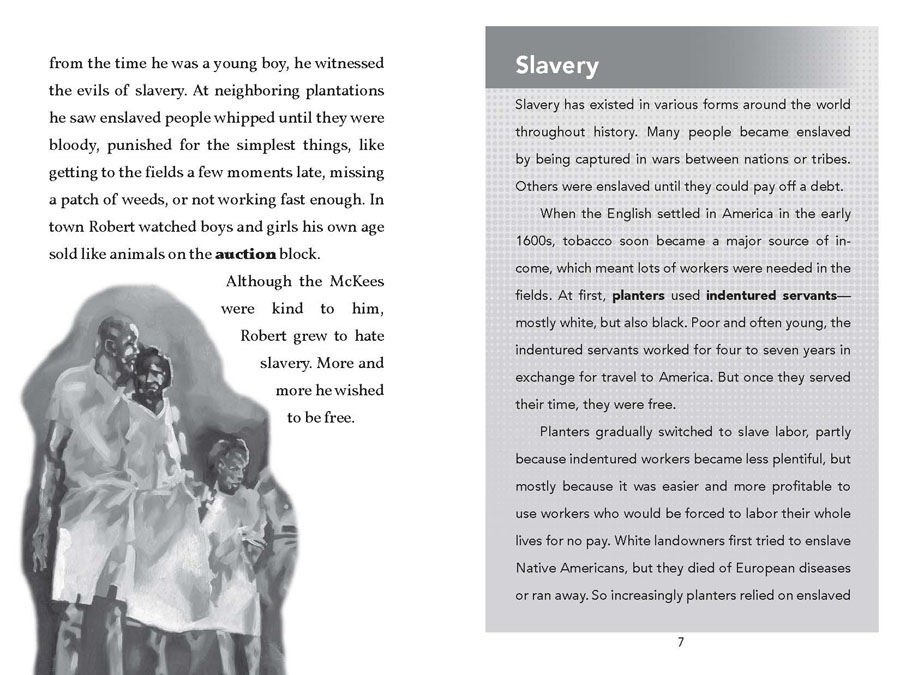 Boat enthusiasts and budding engineers are going to love the sidebar about the steam-powered boat, the Planter. You can almost hear the hiss of the steam and the slap of the paddles hitting the water.

Janet Halfmann also includes a sidebar with the story of another daring escape to freedom, this time by a young woman who stowed away in wedding chest that was really no more than a large box. Readers will hold their breath waiting to see if she succeeds.

The daring escape in The Story of Civil War Hero Robert Smalls is what will likely initially attract readers, but it is the fascinating history that will keep them reading. This book is perfect for unit on the Civil War or for Black History Month. Delve into a copy today!

1. Check out the Teacher’s Guide for Seven Miles to Freedom, which has many ideas that can be used with this book as well.

2. Consider a science/engineering project of building a paddle boat. We have some ideas about boat propulsion at Growing with Science to get you started.

3. See Writing and Illustrating blog for an interview with Janet Halfmann about the book.