Author Dusti Bowling is currently the Writer in Residence at Tempe Library. So, of course I had to read her most recent middle-grade novel, Insignificant Events in the Life of a Cactus. I’m so glad I did!

Thirteen-year-old Aven Green was born without arms, but her parents have always encouraged her to be independent and have a can-do attitude. It was no problem in her old school in Kansas where she had many good friends. When her family moves to Arizona, however, she has trouble being accepted. That is until she meets Connor, who has Tourette’s and can relate to being treated as an outsider. Together they investigate the strange events going on at Stagecoach Pass, the has-been theme park where Aven’s parents work.

Sprinkled throughout the text are blog posts Aven writes to keep in touch with her former friends. The posts are funny and poignant, plus reveal the main character’s innermost thoughts and feelings in a way that is organic and not contrived. For example, her list of the twenty worst things about not having arms in Chapter 30 is packed with self-effacing humor and honesty. It encapsulates her frustration at not being able to help her friend in the way she would like.

Aven Green is an amazing character. The way Dusti Bowling describes her life is so sensitive and at the same time so realistic. It’s no wonder that the awards and starred reviews are piling up, including a 2017 middle-grade fiction finalist in my favorite contest, Cybils.

Insignificant Events in the Life of a Cactus successfully tackles some pretty prickly topics. It is a wonderful choice for lovers of middle grade fiction of all ages. 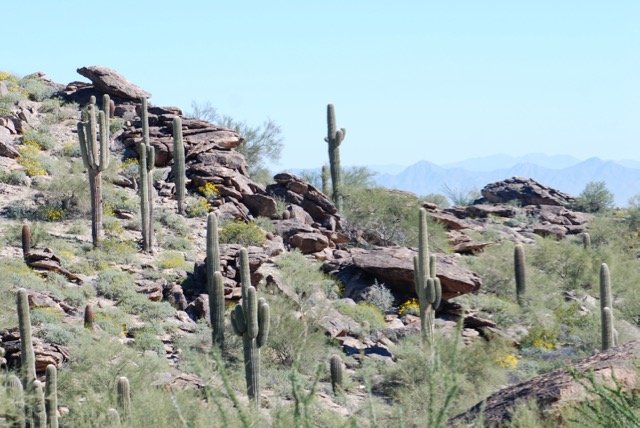 Looking for more children’s books set in Arizona? See our growing list at Reading Through the States. 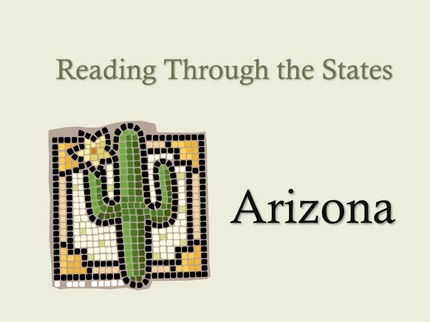 What a month for children’s books. The American Library Association Youth Media winners were just announced. Now it is time for the Cybils winners for 2017.

In October each year the Children’s and Young Adult Bloggers’ Literary Awards (Cybils) group gathers nominations for the best reads from the previous 12 months. The nominees are organized by age level/genre, and evaluated by judges who are dedicated book bloggers. Today the winners in each category were announced.

For Elementary Nonfiction, the winner is:

What can you say, except awww?

The winner for Middle Grade Nonfiction is:

Out of three stories presented, two are true and one is a lie. Use critical thinking and research skills to figure out which is which. Fun!

Time to go check out the winners in the rest of the categories!

Are you looking for some outstanding children’s literature?

In October each year the Children’s and Young Adult Bloggers’ Literary Awards (Cybils) gather nominations for the best reads from the previous 12 months. I can not overstate what a fabulous resource this is!

The lists are organized by age level/genre, so you can find appropriate books easily. I always make sure to look at the nominations for Elementary/Middle Grade Nonfiction. You also might want to re-visit because as the year progresses most of the books on the lists will have multiple links to reviews by the judges, who are experienced book bloggers.

Insider tip:  Are you a writer? Not only are the lists places to find great new books to read, but also you can see which publishers have been active and what they’re promoting. Another way to stay up to date.

As you can see, there are many reasons to check out the Cybils website today.

New Year’s Day is always exciting for a number of reasons, but the best is the announcement of the 2016 children’s book finalists for all the categories of Cybils Awards.

Let’s take a peek at some of the nonfiction finalists in the elementary/juvenile category. There are an unusually large number of books listed this year:  fourteen! I suspect it is because of the high number of awesome books that were nominated. Here are some of the highlights:

Finding Winnie: The True Story of the World’s Most Famous Bear* by Lindsay Mattick and illustrated by Sophie Blackall

This one just “bearly” made the nomination period because it was published in October of 2015. In fact, it was the 2016 winner of the Caldecott Medal. It’s a heart-warming story about a real bear named Winnie (after the town of Winnipeg) who eventually found a home at the London Zoo.

Although they can’t run around like some animals can, plants can move quite a bit. Sunflowers follow the sun, tendrils can creep around, and seeds can shoot away. A deeper look into the life of plants.

Some Writer!: The Story of E. B. White by Melissa Sweet

I’m beginning to see why there are so many finalists this year. Melissa Sweet is such a wonderful illustrator, and what better topic for a children’s book than E. B. White? No wonder this book was a Caldecott Honor book.

As a middle grade title, this book is longer than some of the other finalists. That’s because April Pulley Sayre “takes her time” delving into the topic. Could also be titled The Most Fun Book Ever.

Will’s Words: How William Shakespeare Changed the Way You Talk by Jane Sutcliffe and illustrated by John Shelley

Word play is popular around my house, so I can appreciate this choice. It introduces children both to Shakespeare’s plays and to the “household words” that have became part of our everyday vocabulary.

Given the popularity of LEGO® Toys, this book is sure to reel in a bunch of reluctant readers.

If you are looking for great books for kids of all ages, be sure to visit the Cybils Awards website.